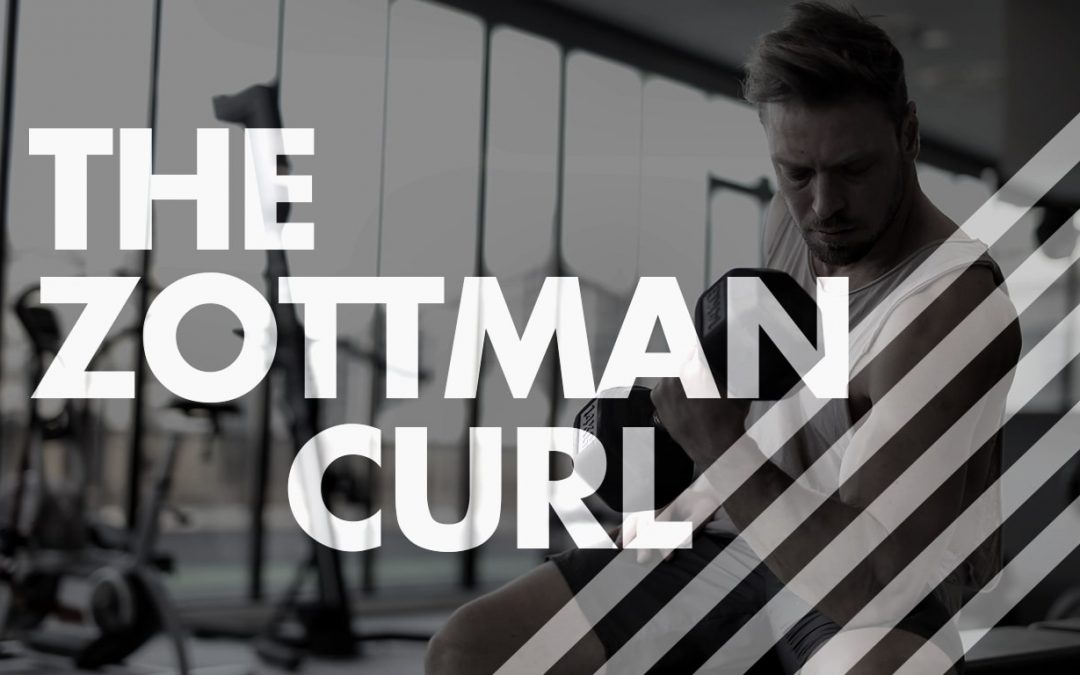 The Zottman Curl was bamed after George Zottman, who was a strongman from Philadelphia in the early 1900’s.

The method of performing a Zottman Curl is the combination of two steps:

1. the first being a standard standing dumbbell curl (not a hammer curl) with palms forward during the upward or positive portion of the loft

2. Turning the dumbbells over at the top 180 degrees so the palms are facing away from the body (pronated grip) for the downward or Eccentric portion of the lift.

It is an “overload” exercise on the forearms, especially on the brachioradialis muscle and is an accentuated Eccentric technique.

This basically means the Eccentric portion of the lift is made more challenging by changing an aspect of the lift (in this case grip).

Why not give this fantastic exercise a go bay adding it to your current routine. As it overloads the eccentric portion of the lift, it’s logical to slow this aspect of the movement down. Using 3-5 second eccentric tempo will maximise the effectiveness of this exercise.